Colourful, amazing, unusual, purple..it’s one of the Sicilian destinations preferred by the international tourism as well as the place of the first Greek installations to 300 b.C: Taormina . 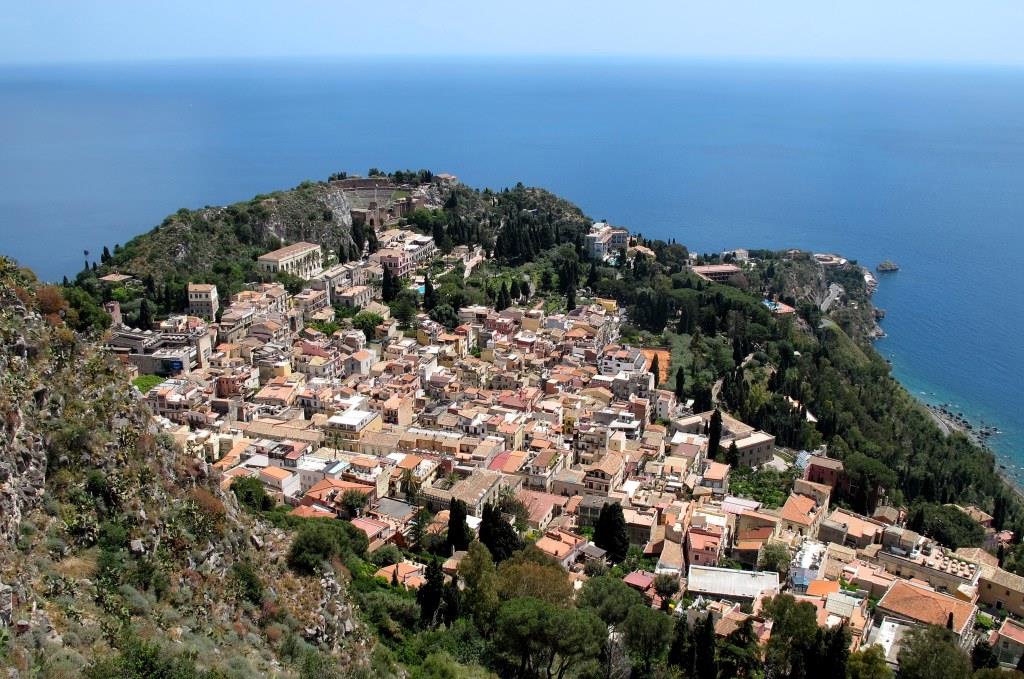 The original name of the little town was Tauromènion; there aren’t a lot of certain news on its birth. It was born by Greek installation, it was an important Byzantine fortress but it also became one of the principal place of the Moslem culture in Sicily changing its name in “Al muizziah” during the 902 a.C..

Today it represents the heart of the luxury tourism around Catania as well as fulcrum of some of principal cultural events of the island.

The most important tourist attraction is its ancient Roman theatre that was built in the II century after Christ and was established in a point that seems to connect the sea to the Etna, the volcano that overtops Catania.

Don’t miss other news on our site. Subscribe to our newsletter to stay updated on all the unforgettable experiences to live in Sicily!