An Art and Architecture Festival in Sicily? You have one in Favara, this year celebrating its seventh anniversary by exploring the languages of contemporary art, music and design!

The slope of Monte Caltafaraci has witnessed over the centuries many arts and traditions that forged its history. For this reason the city of Favara today is full of evidences that testify a troubled past. However, a city of more than 30,000 people can’t live exclusively on passed history: the flowing of time makes everything obsolete. So, while international tourists continue to be stunned  by the historic wonders Sicily has to offer them, there’s a generation of young people who’s unsatisfied and wants to revitalize the city’s profile in the name of dynamism, taking what’s good about modernity. 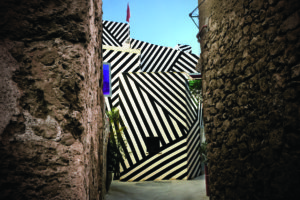 Farm Cultural Park is a project that focuses on this: to bring together present and future so that Favara’s heritage will be enhanced.
The 7th edition of FCP consists of an Independent Cultural Center where art and culture serve as noble instruments to renew Favara’s identity, projecting it forward. This year the founders have arranged a 7-day festival where art, architecture, music and design will blend to give you fun and discovery. Among the many performances and initiatives that will take place during the week from 23 June to 1 July 2017, we will point out some of them:
Friday, June 23: The Architect Raul Pantaleo of the TAM Associates, former Curator of Italy’s Pavilion of the fifteenth Venice Architecture Biennale, after meeting the Sou Children of
Children’s Architecture School will present his book “Dirty Beauty” and the result of the many architectural challenges faced by his study in the most impoverished places of the planet.

Saturday, June 24: At the Kolymbethra Garden, in the Agrigento Valley Park, Farm will take care of one of FAI’s summer evenings, offering a dreamy and emotional show: “The Time of Lemons” by the Collective MoDem / Public Scenario. To follow, Sergio Beercock + MNTY: an Anglo-Sicilian artist who will surprise the audience with voice, electronics and theater. Finally, a small tribute by Claudio Collova to Ludovico Corrao, founde

Sunday, June 25: At 7.00pm they will celebrate the closing of the year of Sou, with the patronage of the Politecnico di Milano. The children of the School will present their year-end project: a suggestion for the City of Favara and its inhabitants, the project consists of a complex property to be r of Orestiadi di Gibellina, to remember this man as a unique example in Sicily.placed in the collapsed area that led to the disappearance of the small Chiara and Marianna; in the construction of a cozy modern home for migrant children disembarking in Sicily without parents and a small Museum dedicated to the Protection of Children Rights. 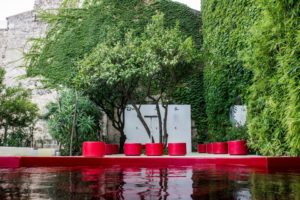 Tuesday, June 27th: At 7pm, everyone must go to QUID for the inauguration of Fuori Farm second edition, this year dedicated to Japan, in order to celebrate the 150th anniversary of institutional relations between our two countries. Outside Farm is an international event that involves visitors in an urban experience where art and architecture try to redefine beauty. 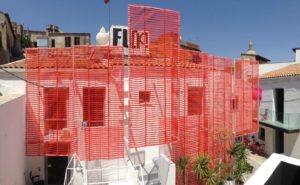 Wednesday, June 28: You will attend the inauguration of the Seven Cortile Market, the new large Farm Cultural Park project that envisages the valorization of Sicilian street food, made with sacrifices and passion.

Thursday 29 and Friday, June 30: Moshi moshi call from Tokyo:  two days of meetings, exchanges, friendship and fun with a delegation of 60 Japanese artists from the Japan Artists International Society.
On Thursday: at 6.00pm Farm Cultural Park inaugurates the 49th edition of the Japanese Today Visual Art Exhibition at Chiaramonte Castle, Palazzo Cafisi and the Seven Courtyards “L’Arte è di Tutti”, which will include the exhibition of 275 Japanese artists for an immersion of the senses in the culture of the Solomon Islands. Among the artists are also Kurihara Koho who will make an intriguing calligraphy performance.

On Friday: At 7.00pm “What is CO-Dividuality?”, An exhibition exploring the relationship between public spaces within private buildings -and vice versa- perpetrated by the post-individualist architecture of the Sharing Economy era, with a particular focus on the theme of the “Shared Houses”, featuring projects by some of the most important names of Japanese architecture including Kazuyo Sejima and Ryue Nishizawa, both winners of the Pritzker prize. 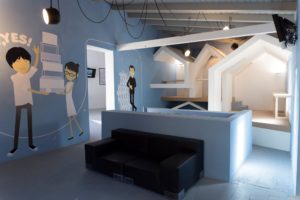 Saturday, July 1st: get ready to blow candles as the birthday party of Farm Cultural Park is going to be celebrated! It will be difficult to recognize the Seven Courtyards with the new Raft Facade designed by the Portuguese collective of Ponto Atelier architects, and enlivened by Riad Farm, the curatorial project based on music, illustration and gardening by Chiara Manchovas and Andrea Buzzi, who will make you lose your mind. Finally, at 10.00pm, the celebration: firstly with the gig of Nicolò Carnesi, then with DJ Ignazio Gullo, who will care about not to make you stop dancing.

Even this year, founders of Farm Cultural Park managed to create an art and architecture festival of utmost importance, considerably raising the quality of the projects involved, in terms of urban and cultural enhancement. The Festival will definitely be an occasion not to be missed, that’s why this summer you have no excuses: prepare your luggage and fly to Sicily to enjoy this incredible experience!