Today we will talk about an artistic project with a social background born to talk about art on the Net for young Sicilians: Vicky Art Project, promoted by What’s Art Group. 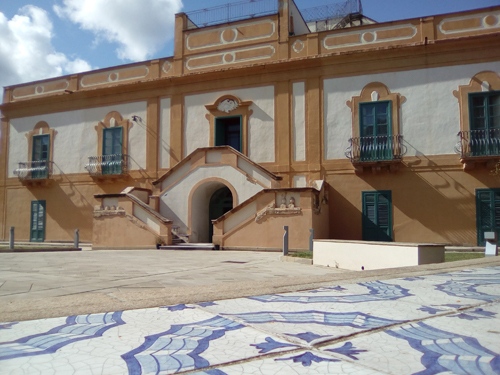 What is What’s Art Group?
What’s Art Group was born from the idea to discuss about art on the Net. The team is composed by different personalities: two curators, Marco Favata e Daniela Pisciotta, one web and video responsible, Gaetano Paterniti, one craftsmanship responsible, Monica Miliccia, one P.R. responsible,. Manuela Cusimano and an external collaboration with  Gilda Sciortino for the press office.

Where does the idea of Vicky Art Project come from and what do you aspire to do?
Before being a proper team, we have been classmates in the first artistic high school in Palermo E. Catalano. In our class, there was this girl named Vincenza Biondo that we used to call “Vicky”. She was a very talented girl and an art lover, but unfortunately, she left us too early and that’s why we dedicate this event to her and her parents. The “Vicky Art Project” is an ambitious project that will give the chance to all the participants to join the event for free. We would also like to exploit this occasion to thank the Association of Doctors and Odontologists that will host us in its magnificent headquarters, Villa Magnisi. We aspire to propose a second edition the next year, considering also the nomination of Palermo as Capital of Culture. 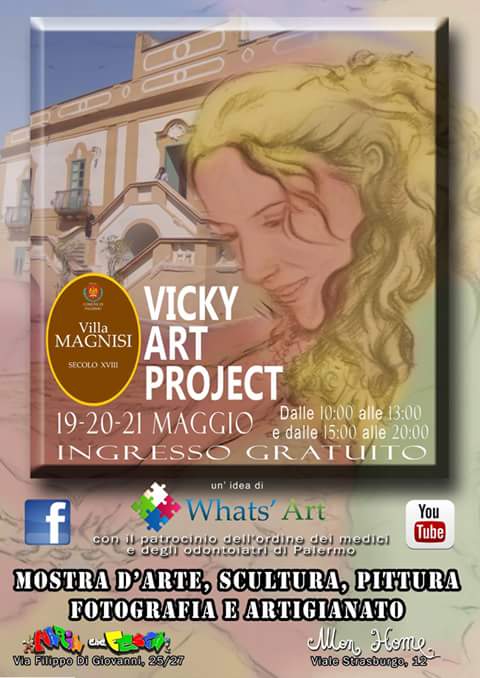 Many emerging artists coming not only from visual arts but also from craftsmanship will join in the collective exhibition. What is your aim?

Art is a very powerful communication tool that touches the soul. Vicky Art Project has decided to adopt the “Associazione Remare Onlus” that deals with rheumatic and auto-inflammatory diseases and that’s why What’s Art Group hopes to donate thanks to generosity of the participants and visitors of the event a financial contribution aimed at sponsoring a scholarship required from the President of the association Roberta Taverna.

The three days of the event are composed by many heterogeneous activities, what is the common point among all of them?
The Vicky Art project has the solidarity as a common ground, that’s why we feel to mention all the participants. Here are all the participants that will take part during the event: Associazione Lisca Bianca, Associazione Atta, Goethe Chor, Teatro dei Ragazzi and Associazione Culturale Marionettistica Popolare Siciliana. 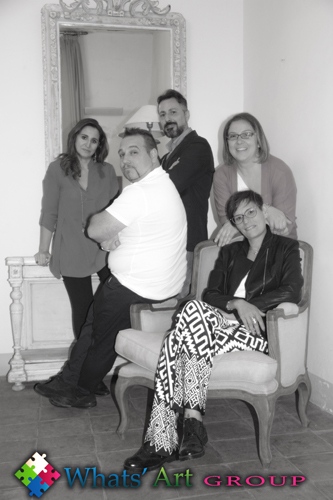 Which are the positive aspects and the difficulties encountered in organizing such an event in Palermo?
With lots of enthusiasm, we feel to say that Palermo has not shown any difficulty, on the contrary we had to turn down many participation requests by artists and artisans. The evaluation has been more than positive, also considering the future of What’s Art Group, that has obtained the availability of other gorgeous locations and memberships of new associations.

Many young people will join in the different activities: what kind of involvement have you observed during the planning of the event? Are all the participants from Sicily?
As stated at the beginning, What’s Art Group was born from the idea of discussing about art on the Net, thus the Net has been the main communication tool for joining the event. We have been present in the groups of the Accademie di belle arti, we have sent private messages on Facebook, we were present at different art exhibitions etc. All the contacts, Sicilian and not, were incredulous and hesitant to join in such an event for free and supported by the Association of Doctors and Odontologists of Palermo, but when the event started to be more concrete, the skepticism became enthusiasm.

What’s Art Group through Vicky Art Project, as well as Sicily & Sicilians, wants to promote the excellences and the talents of the Sicilian territory: according to you, how can we contribute more to bring further value to our territory?
We are very glad about this last question, as we believe that our event as well as yours, have lots of potential both for Sicily and the Sicilians. We are on the right path, we simply have to continue with professionality, respect and enthusiasm. The new generations can change the future of Sicily, that in the last years has made a big progress.
You can download the program of the 2017 edition of the Vicky Art Project that will take place on the 19th, 20th and 21st of may 2017 in Villa Magnisi in Palermo and check out this Sicilian project and all its young talents. 🙂

1 thought on “MADE IN SICILY: Vicky Art Project, talk about art on the Net.”