We present the the oil mills Cutrera (“Frantoi Cutrera”), Sicilian family business, where the talent and love for Sicily and its riches are passed down from generation to generation. A real Sicilian excellence that maintains its roots in tradition and link with the territory, but that looks to the future and abroad. 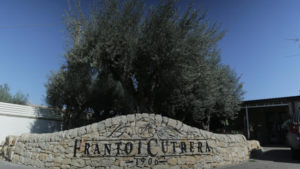 What’s about history of Frantoi Cutrera?

The history of Frantoi Cutrera merges with the history of Cutrera family, because ours is a company and a family that over the years has grown and evolved. Some documents show that early 20th century family took care of both olives and oil. The first mill was built in 1978 by Giovanni Cutrera, where it is now our company. Over the years the children of John, Mary – the largest, followed by Giusy, the second, and finally Salvatore, the youngest – joined his father in his company. In 1999, an important year for the fate of our company, John, with the push of the whole family, decided to open a second mill. But it was not enough! The whole family and the local producers were aware of the quality oil, that it is produced in the Iblei Mountains, all together decided to find a way to market it outside to the local market. It was a gamble that the current results prove to have been won. Although the company’s management is in the hands of three children, parents John and Mary have left a precious legacy made up of principles, values and knowledge that each of the components of the company puts into practice in any action being performed daily.

For Frantoi Cutrera, the tradition is very important, how do integrate it with innovation in the creation of your product?

Looking ahead to the future, never forgetting the past, a good mix of tradition and innovation, this is the mission that has allowed the family and the company to achieve important results. In many important steps it did, towards improving the quality of our products, innovation was the key, but without the know-how, the historical cultivars, the strong link with the territory, the knowledge acquired over centuries of history, with the only innovation, we would never have achieved these objectives. The steps are, however, always been gradual and sometimes we had to feel first hand before acquiring an innovation. In the late 90’s when we produced our first oil’s bottle with traditional method (with grinders and presses), the first confrontation with the market is not the best because we were using a traditional method, but that did not allow for maximum quality, so that year we decided to spend the continuous method with centrifugal extraction, but the transition has been gradual because for several years we have worked using both methods and testing every year that the two could give us the best quality, experience has given reason to innovation.

What are your plans for the future? In which direction turns your research? 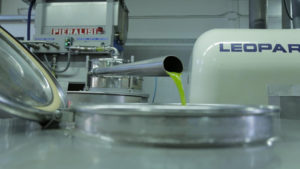 We will continue on the same path of the past, trying never think to have reached the summit, is just one continuous progress that you can try to be successful, never thinking they arrived. In recent times and in the coming years we plan to invest to minimize the negative impacts of the oil mill vintages, because in recent years – probably due to a substantial change in the climate of the south – East Sicily –  olive cultivation are always very difficult. We are investing in cultural practices in the field and in the selection of olives , to be able to produce oil only from healthy and green olives.

Sicily: strengths and weakness points of our region?

Sicily itself is a microcosm, with a myriad of facets from every point of view: scenic, agricultural, cultural, features a unique biodiversity of its kind and irreproducible anywhere else in the world, this has allowed us to propose various lines of oils each an expression of a territory of our island. We can meet all the demands of markets simultaneously contributing to enhancing and protecting this heritage. However, as is well known that decide to invest in our island, we unfortunately have to face a series of infrastructural barriers that slow down the activities and even more influence on the product price. 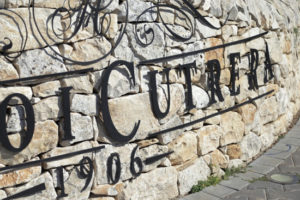 Do your products have received many awards, even outside of Italy, you have any advice for young Sicilians who want to do business in the territory with a look abroad?

Passion, dedication, sacrifice, transparency, market knowledge, professionalism, timeliness, authenticity, these are some of the requirements that serve to those who decide to lean towards international markets. The markets demand quality, but it alone is not enough, now along with this requires a series of services and parameters that involve a knowledge of international markets.

To learn more about this example of Sicilian excellence, so much appreciated abroad, here you can visit the company’s website, discover their products and the awards that they got.