Nomadica_Sicilia is a project of the same name Sicilian association, which was created to identify and bring together audiovisual works created by Sicilian boys aged between 16 and 24 years.
From 2010 which deals with distribution and production of independent films and low-budget and spreading it around the methods related to the autonomic and self-produced film. To achieve his goal, Nomadica, also included a tour this year in six different cities in Sicily: Syracuse, Messina, Agrigento, Modica, Palermo and Catania. This island tour aims to communicate to young people the culture of bottom-production and distribution, with a particular focus on short film.
Following are some questions that we asked to Giuseppe Spina, coordinator of the project.

Who and how did Nomadica _ Sicilia?

Nomadica film deals with research, both in new forms of language that the possibilities of alternative production. In collaboration with Arci Sicilia and the realities of production and distribution of the low bottom we drew Nomadica_Sicilia which sees the participation of the National Short Film Center in Turin and the support of the Department of Family and Social Policies of the Sicily Region.

What is your goal?

We believe it is necessary to spread among children the concepts of “support from below”, collaboration and networking. Specifically, we want to disseminate among young people the basic knowledge of the possible methods of that film production we call “self.” Through these methods of work, the young artists will then have the opportunity to freely create what they want, without any kind of impediment or thematically or financial because they will not have to account to any client “superior”.
3 words to describe your initiative.
Contemporary, particularly radical.

What feedback are you getting with Nomadica_Sicilia? 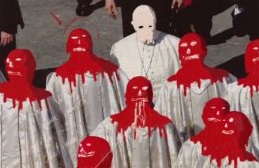 Every event, scheduled from February 15 to March 14, in 6 different Sicilian cities, was organized with the support of different Sicilian reality (film festivals, academies, universities, spaces and cultural and artistic entities): a real network diffusion that will allow us to meet hundreds of kids. The interest from them that we have already seen these days is very large because they know that this initiative will bring them great benefits.

Why did you choose these subjects?

To share practical tools immediately available to anyone who has an idea and wants to try to achieve it: with the realities of production and distribution “from below” we want to talk about the possibilities of “fundraising” online and offline, as well as issues relating to the web and copyrights.
While with contemporary production practices, institutional or otherwise, Alessandro Giorgio 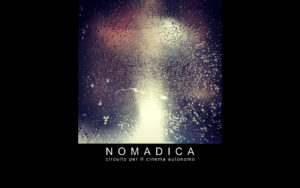 of Short Film National Center will analyze the short film in Italy and Europe.

Both Nomadica_Sicilia that Sicily and Sicilians are projects aimed at young Sicilian artists. Unfortunately often to succeed in their field and stay at the same time in Sicily, these children face various obstacles. What do you think of this situation and how you are going to intervene?

We think that Sicily has the amazing ability, also connected to those “failures” of the system that often paradoxically help to develop different ideas. Precisely in this regard, overcoming the obstacles that we encountered on our route we were able to generate new types of action are useful in various subjects; the project we are carrying out, in fact, is not directed only to aspiring artists or filmmakers, but in general to all those kids interested in learning about and follow different cultural approaches and stay well out of the cultures and of favoritism and political malfeasance.
Interested Nomadica the site