That which we present today is a project made in Sicily that will change your life, or at least will surely facilitate your translations into English. Thanks to a group of young Sicilians born Ludwig, a linguistic search engine that helps you write in perfect English, and which takes its name from a famous philosopher. The Italian cousin of Google, as well as define its creators, is slowly getting so successful that soon will be available for mobile and tablet. We know how the path of a start-up to success is difficult and full of challenges, especially if you decide to bet on an innovative project and stay at the same time in a land like Sicily; but for this we want to encourage young people and talk about those who “is doing” … so we asked some questions to Daniele Tagliavia, one of the start-up of Ludwig creative team members.

Quite simply, what is Ludwig? 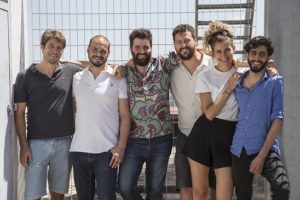 Ludwig is a linguistic search engine designed to allow anyone
to write in perfect English. It is a write support system based on the imitation of texts from trustworthy sources (newspapers, scientific publications, etc.). We like to describe it as a cousin of Google, specializing in computational linguistics.

Why did you choose this name?

Ludwig Wittgenstein is the name of baptism, the father of philosophy of language and always a source of inspiration for our project!
Given the success that you’re getting what you expect to happen in the next few years?
Difficult for a startup look so forward in time. In the coming months we will broaden our already large user base. Ludwig will continue to develop to make it more efficient. The breakthrough will come with the release – now close – the app for tablet and phone.

Let’s say that Sicily is not the land easier where to innovate and that is why “we love it” … believe that with such an international project and technology able to carry on your initiative continuing to still based on “land of Sicily” ?

One of our long-term target is 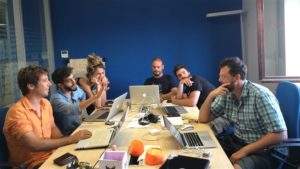 to grow enough to be able to attract talent from all over the world, but we know it will not be easy. We love Sicily but we still feel far from the cliché of the Sicilians started with the cardboard suitcase, went back to change the island’s fortunes. We want to grow and Ludwig that works, whether it will be in Sicily we will be happy, but we are also prepared to move to the North Pole if necessary.
Meanwhile, work, grow and we will decide when the time.

So as well as Sicily and Sicilians also Ludwig is the brainchild of a group of young Sicilians. 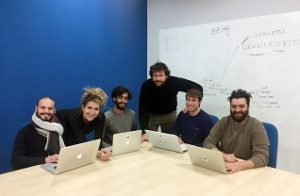 What do you suggest to your fellow citizens that often due to various difficulties, give up to realize their dream?

As stated in a Sicilian popular adage “Cu nesci, arrinesci”. In addition to the physical relocation and always say hello to other latitudes, also it helps internet today. It allows to overcome geographical barriers, social, economic and infrastructure that entrench this land. There are no magic wands, or recipes that apply to all. The only things that count are a lot of commitment, unwavering dedication and above all very much courage.
To learn more please visit the official website of our friends.