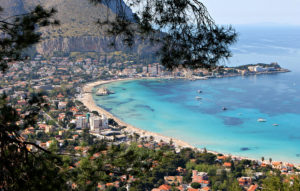 After being listed as UNESCO World Heritage Sites, it has been proclaimed Youth Capital 2017 Capital of Culture 2018, Palermo in 2018 will also host the twelfth edition of Manifesta.

In these three years, in fact, the Sicilian capital is engaging in a series of artistic and cultural activities for the final event.

But is it manifested? When and how it performs? Because it is an event so important for the city that hosts it?

Manifesta is an important European exhibition with contemporary art biennial basis in Amsterdam but which organizes its exhibitions in more and different cities.

The previous editions of the event were held in the Netherlands, Luxembourg, Slovenia, Germany, Spain, Italy, Belgium and Russia. 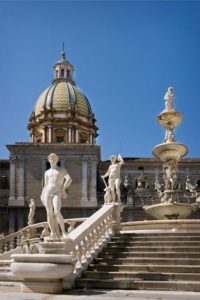 The focus of the Biennale, founded in the early 90s, is the dialogue between art and society in Europe, in fact, for its realization is essential collaboration and commitment among international stakeholders and local communities.

The aim of the Festival is, therefore, to establish a strong interchange between the specific cultural situation and the wider context of European contemporary visual art.

Manifesta is dedicated to emerging artists and based on openness to innovation in the arts, technology and culture.

For Manifesta it is very important not to focus on the main sites of artistic production, but always seek alternative places in order to renew the view as much as possible.

The activities carried out in two or three years before realize publications, meetings, debates and seminars in different cities in Europe and conclude with a final exhibition, which lasts three months in the host city. 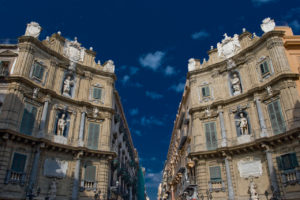 The aim of Manifesta is to create new creative partnerships with organizations, independent curators and art professionals and to build a huge network of contemporary art in Europe.

The city of Palermo was chosen to host the 12th edition because it embodies two important issues in contemporary Europe: climate change and migration and how these problems affect the future of our cities.

A comprehensive plan to revitalize the city, then, that includes artistic and cultural considerations, structural and architectural interventions and social change.