Today we present a new project from Palermo International air.
CreativeMornings / Palermo offers a range of free, short meetings to the local community. The topic of discussion is unique and chosen globally. Great idea for a break Alternatively coffee!
Born in America the idea of Swiss artist, this project has quickly spread around the world. Now also he arrived in Palermo, which is growing in popularity.
To find out more, we asked some questions to the staff of CreativeMornings / Palermo.

What is CreativeMornings / Palermo?

CreativeMornings / Palermo Palermo is the chapter of CreativeMornings (creativemornings.com), an international series of breakfast-free classes for the creative community. Each event will include a talk thematic than 20 minutes, according to a single theme for all the cities, for a global chat and a coffee. CreativeMornings was born in New York (USA) in 2008 from an idea of the Swiss designer Tina Roth Eisenberg, better known as SwissMiss (swiss-miss.com). The aim is to offer a continuous event and accessible to the local community. Today in more than 160 cities around the world, in Italy in Milan, Turin, Rome and Palermo.
CreativeMornings 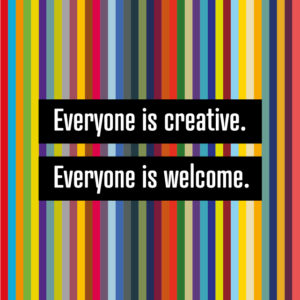 is run entirely on a voluntary basis, and non-profit. The cities of each team is composed of professionals and individuals from different professions, united by the principle that creativity is of all and for all. CreativeMornings is also made possible through the efforts and support of the main partner and global sponsor MailChimp, Shutterstock and Wix, and local, Arca Consortium, Maghweb and Fotograph and other one-time partners and sponsors monthly.

What are its objectives?

The idea of CreativeMornings is to reinvent and create connections in the communities, and promote creativity. – Do not complain, create! – Tina Roth Eisenberg said in an interview to present the project, which focuses on people according to the manifesto: all are creative, everyone is welcome.
In Palermo creativity it is dense, ‘street’ in its most noble people. Unfortunately we are not yet aware enough. CreativeMornings is an opportunity for building community made by people for people. It is based on the creativity to strengthen the cultural contamination dynamic and educational.

We strongly believe that Palermo is a highly creative city. Do you think engagement tools like these can work even in a city like ours a little ‘ “suspicious” by nature?

Absolutely yes. Palermo is not so suspicious, but a bit ‘uninformed. The fault lies with an inhomogeneous communication and the presence of cultural and educational moments with little continuity over time or one-off. CreativeMornings is a form of ongoing collaborative gathering, devoted to informal and self promotion of community and creativity. It is important that they learn the city to celebrate their places and their talents without leaving anyone out.

How many members so far? How many women or men? Have you had an idea of who will be more easily involved by this creative networking activities?

The community Palermo in just one month old already has a hundred members, the international over 225,000! The CreativeMornings numbers are incredible, especially if we think that happens all thanks to volunteers. Every month there are 160 events, from Bangkok, San Francisco and Moscow to Dubai, Montevideo, Stockholm and Sydney, with over 15,000 participants. Since the first event in today 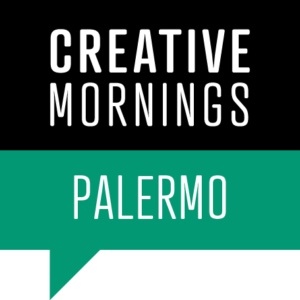 approximately 1.3 million cups of coffee were served at events and more than 3500 talk available online.
We are confident that being part of a global network such as CreativeMornings is a possibility and his talents. Also, Palermo aims to represent Sicily in this global creative community. In this regard it has also planned a number of events ‘out of office’.

What is the goal of CreativeMornings / Palermo in a year?

Our goal is to contribute to the creation of micro and macro connections. We want to facilitate the meeting of the sub-professional community around the pylon creativity. Although a CreativeMornings event will be able to inspire one new project, a person, a new professional connection, then we will be happy, or to put it in technical terms: the mission may be deemed attained. No matter the personal or professional path. The people driven by passion and purpose if they approach generate energy. As for the particles, all they need is even one to create a new state of agitation which means transformation and possibilities.

Sicilyandsicilians is a cultural project that has as its primary objective the riqualificante propose a re-reading of the image of Sicily through the young contemporary art. But at the same time it wants to promote the island abroad free of any prejudice or bias. What do you think of socio-cultural projects like ours? Do you have something to recommend?

The image of Sicily redevelopment can only from those who live it every day. For this they know the practical skills and need for improvement. All socio-cultural projects that promote change and provide information on cases of best regional practices are important tools.
To know more about CreativeMornings / Palermo: www.creativemornings.com/cities/pmo